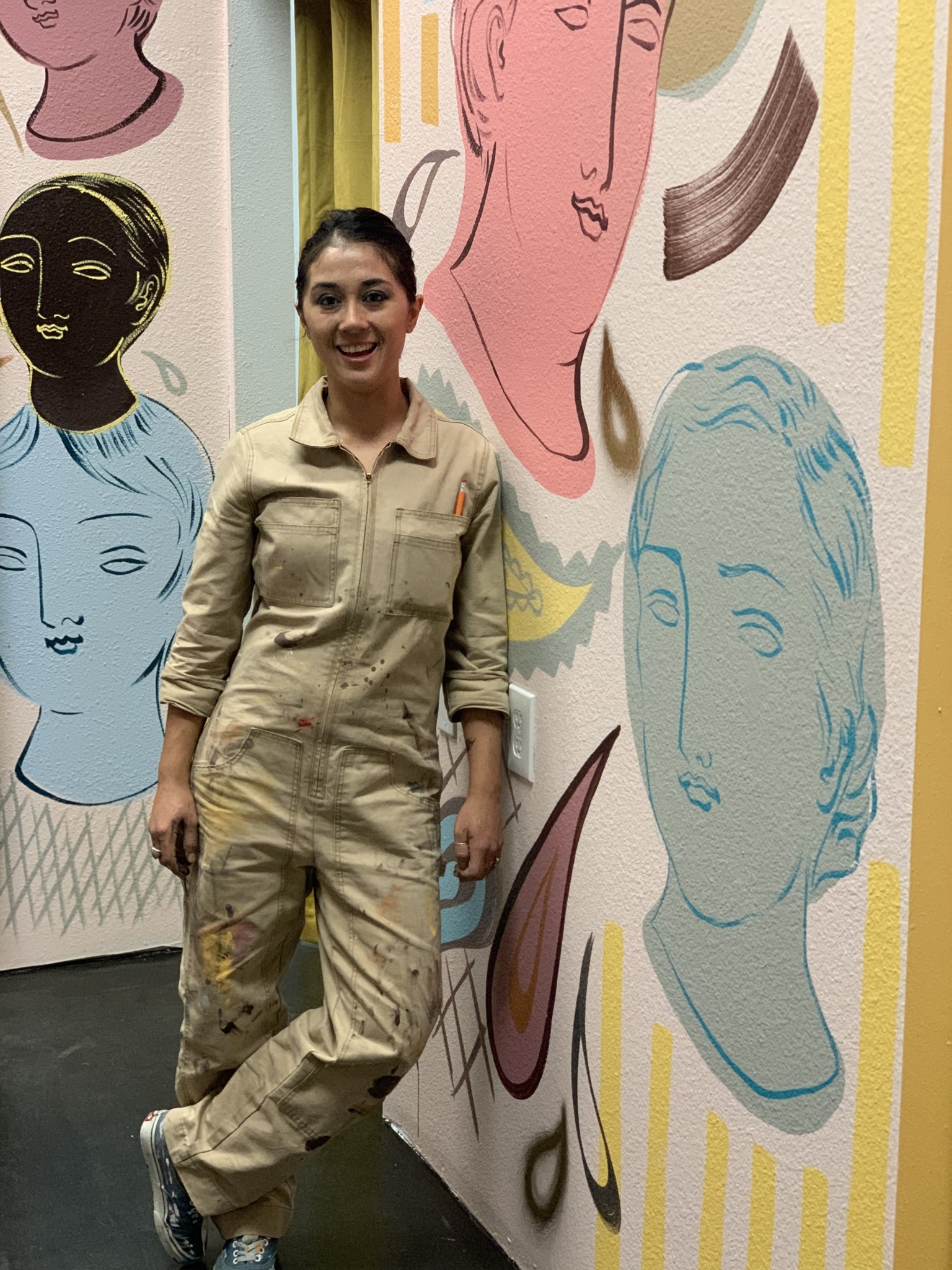 Sofia Enriquez is an American Fine Artist based in the Coachella Valley located in Southern California. Enriquez received her BFA in Communication Arts at Otis College of Art & Design in 2014. She currently operates from her studio in Cathedral City, CA where she creates works that explore androgyny, her intercultural identity, and feminism. Her practice consists of murals, large scale paintings, and her fashion collection MUCHO, that consists of one of a kind painted garments.

Enriquez’s visual language includes simplified portraiture that is inspired by traditional Roman Catholic paintings and spanglish typography. These reference her stream of consciousness as well as childhood memories and phrases she learned within her family. She weaves bold elements such as paisleys and other iconic graphics into fluid-like compositions that create the illusion of movement.